Baby Jesus versus Caesar Augustus (Luke 2 and the Roman Empire)

I wanted to send you a reflection on Luke's gospel account of the birth of Jesus. If you'd like to share it with others, you can do so by either forwarding this email to them (here's where to join) or sending them to this blog version.

Have a wonderful Christmas!

<<<Also, Rapture Drill season 2 has begun. It is a series of 6 video-based podcasts on reimaging Revelation in its historical context.>>> 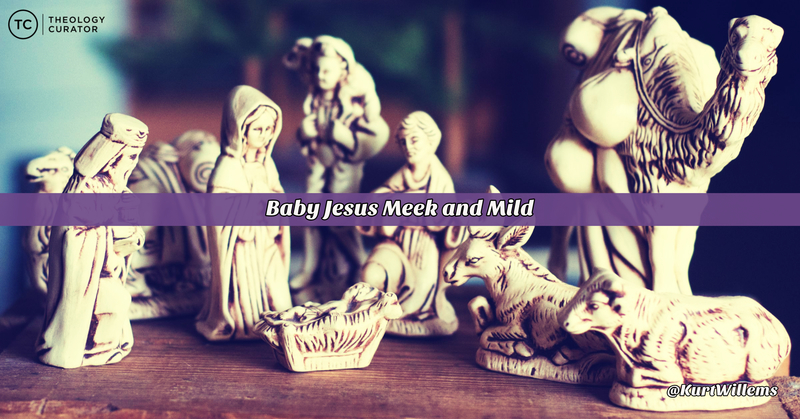 Baby Jesus Meek and Mild // Pray for me an Orphan Child // Be my strength, be my friend // Be with me until the end

Perhaps you remember this prayer from childhood that kids would say around Christmas time. Well, kids… buckle up…because this post is all about the stuff you didn’t learn on the flannel graph! By the end of this article, you may actually want to change the opening of the prayer to something like: “Baby Jesus meek and mild, overthrew an empire – Wild!”

Many would consider the Roman Empire one of the greatest civilizations in history. In regard to the New Testament, the story of early Christianity finds its setting under the shadow of a meta-narrative[1] that dominated most of the Mediterranean world and even beyond. Caesar Augustus is the earliest figure of the Roman Empire that the New Testament makes reference to, as he was the emperor during the time of Jesus’ birth (Luke 2). Born in 63 BC[2], he came to power in 31 BC[3] after a period of political unrest following the murder of Julius Caesar. The Roman Republic had struggled for a time in civil war when Octavian (later called Augustus meaning “worthy of worship”) took the throne. Octavian was the adopted heir of Julius Caesar and would rule in the footsteps of his surrogate father[4] who had led with near dictatorial authority. After his death, Julius Caesar was officially deified while mourners chanted, “Those whom I saved destroyed me.”[5]

Celebrated as a hero after the strife of civil war, Augustus was considered the great source of peace for Rome (pax romana). Themes that would permeate his reign were: freedom, justice, peace, and salvation. Whenever these great accomplishments were proclaimed, the language used to describe the success of the emperor was that of: “good news” or “gospel;” which is the Greek word euangelion.

Augustus, after defeating the enemies of Rome, was celebrated as a great “savior” to the people who would have likely been hopeless had victory not been achieved.[6] From the above four themes would emerge what John Dominic Crossan has called a “Roman Imperial Theology,” which “was advertised with poems and inscriptions, coins and images, statues, altars, and structures.”[7] Through cultic propaganda, the Empire would justify its dominance throughout Rome and the conquered territories such as Israel.[8]

Statues of Augustus were built to stand alongside other traditional gods, shrines were place strategically throughout cities, and temples were built often as the focal point of metropolitan areas. Also, great games combined with feasting and celebrations were implemented to honor the emperor where sacrifices were made to Caesar.[9] Coinage that has been found from the period had the image of goddess on one side and the image of Augustus on the reverse with the inscription: CAESAR DIVI F.[10]

Emperor worship became ingrained in the culture of many parts of the Empire. N.T. Wright points out that in most of the Roman world, the belief in the emperor as divine would have been both “obvious and uncontroversial.” Even the succeeding emperors after Augustus would have been considered the “son of god,” because they would have continued the tradition of deifying the former emperor by claiming to have seen his soul ascending to heaven.[11] One form of ancient media from about 9 BC in the form of an inscription gives an overview of the kind of language that was attributed to the Caesar (on his birthday) as being more than a man.[12] But, before we get to that, let’s look at Luke 2, the first Christmas.

In Luke’s birth narrative Caesar Augustus issued a decree that the whole world would be counted. This was so that the emperor would be able to tax the people with greater accuracy. Emperor Augustus would have used the money to fund his military, for building expansion projects, and for overall imperial control. Taxation was part of a system designed to maintain the security of Pax Romana. This system caused those in Judea and surrounding areas to find themselves either as part of the aristocracy or in poverty (which differs from U.S. taxation that are implemented for social programs to avoid the rich—poor gap). This is the world in which Jesus is born.[13]

It has already been established that Caesar Augustus was called the “son of god” who was the great “savior” of the whole earth through bringing “peace” to Rome. The announcement of this was heralded as “good news.” What is interesting is that these are the same four themes that permeate the birth narrative in Luke’s gospel. When the angel Gabriel comes and visits Mary to tell her that she will give birth to Jesus, the child is proclaimed as the “son of God” (Luke 1.35). Is not that a title that Augustus has claimed of himself?[14] Or consider the announcement of Caesar’s birth that was alluded to above:

The birth of Augustus is correlated with the beginning of a new era. His birth and continual birthdays are “good news” for the whole world. Caesar is depicted as obviously having a birth, and therefore as human, but he is also considered to be in some mysterious way simultaneously divine. When other sections of this imperial quote are considered, we find out even more in relation to the above four themes.

…who being sent to us and our descendants as Savior, has put an end to war and has set all things in order; and [whereas,] having become [god] manifest (phaneis), Caesar has fulfilled all the hopes of earlier times…

In this section of the quotation, Augustus is also referred to as the long awaited “Savior.” He is the great source of peace because he is the one who “put an end to war” and who “set all things in order.” Notice the way in which the birth announcement about Jesus by the angels has similarities to the birth proclamation of Caesar:

But the angel said to them, “Do not be afraid; for see—I am bringing you good news of great joy for all the people: to you is born this day in the city of David a Savior, who is the Messiah, the Lord… And suddenly there was with the angel a multitude of the heavenly host, praising God and saying, “Glory to God in the highest heaven, and on earth peace…” Luke 2.10-11, 13-14 (NRSV)

What Augustus claimed about himself is turned upside down by a baby that was born into the system of oppression created by the Romans. What was supposed to be true of Caesar, it turns out is actually true of Jesus! Jesus is the true Savior and the qualities that were given to the Roman emperor have turned out to be a cheap imitation. Luke having used this language to describe the birth of Jesus puts him “in religio-political opposition to the emperor.”[15]

May your Christmas be a time when you ponder the summons of a subversive kingdom. May you choose to peacefully follow the baby in the manger to the cross and through resurrection, proclaiming with the angels that a new era has begun; an era when the people of God can undo the works of oppressive “empires.”

<<<For those who are interested, I'm doing one-on-one ministry and theology coaching/mentoring. If you are interested in monthly conversations where I invest in your growth in pastoral ministry, theological reflection, personal growth, or content creation (blogging, podcasting, social media development, writing, etc.), here's where to learn more.>>>